What the What is a Spatula?

I felt like a really, honest-to-goodness historian the other day.

There was a disagreement amongst a few of us as to what to call a certain kitchen tool.  In order to settle the dispute, I was able to call up a historical document that proves my side of the argument was correct. Although in all honesty, before I was able to find corroboration from the historic record all the way back in 1989, I was beginning to question my own recollection.

I’ve been living in a Mandela Effect for a large portion of my adult life. There was an object that I always called something when I grew up, but nobody around me refers to it as such. Even worse, they use that exact same word to refer to another item altogether. They’re similar, but not the exact thing. Close, but no cigarette.

Most of this difference in nomenclature probably comes from location. I grew up in Southern California, but moved to the Sacramento region for college and have stuck around ever since. And 400 miles or so can make a big difference on language.

Remember back in the day when social media was new and fun? Before we realized that there were damn good reasons we didn’t keep in touch with those shitheads from [insert city/job/jail]? Back in the long-ago when people’s asinine political opinions only came out at Thanksgiving.

Anyway, back in social media’s nascence, I remember a quiz that guessed where you live by asking you a series of questions about vocabulary and pronunciation. How do you pronounce caramel, and is tote a noun or a verb, and voila! here’s where you grew up. It gave me Anaheim and Sacramento, which was a pretty good guess for the two places I’ve lived.

It makes sense. I remember one of the questions was what you call the road that runs alongside the freeway. I answered frontage road, because that’s what they call them in the central valley of Northern California. But had I lived my entire life where I was born, I would’ve answered “I don’t know a word for this,” because in Southern California, there ain’t no such thing as a frontage road. The road that’s next to the freeway is probably another freeway. Good thing there were no questions about public transportation, because neither half of California knows what that is yet.

So, even though I cringe every time someone gives directions up here and fails to put “the” in front of the number of the freeway, I am at least able to understand that it’s a minor dialectical thing. And I can condescend that it’s because they don’t have very many freeways up here. In SoCal, your directions might say “Take the five to the fifty-five to the ninety-one to the fifty-seven to the sixty to the six-oh-five to the ten to the one-oh-five.” Try saying that last sentence without the word “the”.  If you’re only ever likely to have two freeways in any given instructions, then I guess it’s easier. Although it still frustrates me when people tell me to “take five to J Street.” Take five what? Five minutes? Five miles? Five rabid orangutans?

I also find it amusing that they have traffic on the news up here. There’s pretty much only one freeway going in whatever direction you want to go. There are no alternate routes except for surface streets. In SoCal, they can report, “There’s an accident on the ten. Take the two-ten instead.” In Sacramento, all they can say is, “There’s an accident on interstate eighty. Too bad if you’re going northeast.”

But whatever. I’ve learned to change my directions to say “I-Five” or “Highway Ninety-nine.” It satisfies my need for adding a definitive article to my freeways, and those around don’t seem as bothered as using “the,” which they associate with the water-thieves down south. Even if most of SoCal’s water comes from the Colorado River, which is why Lake Mead looks like a puddle these days.

Regardless, I now know what a frontage road is, so I guess there have to be trade-offs.

Except for this kitchen utensil that seems to broker so much confusion:

In my upbringing, I would have referred to this as a spatula. I still, in my heart of hearts, think of it as such. But ever since I’ve moved to Northern California, throughout numerous roommates and families, if I ask anyone to grab me the spatula, this is what they’ll hand me: 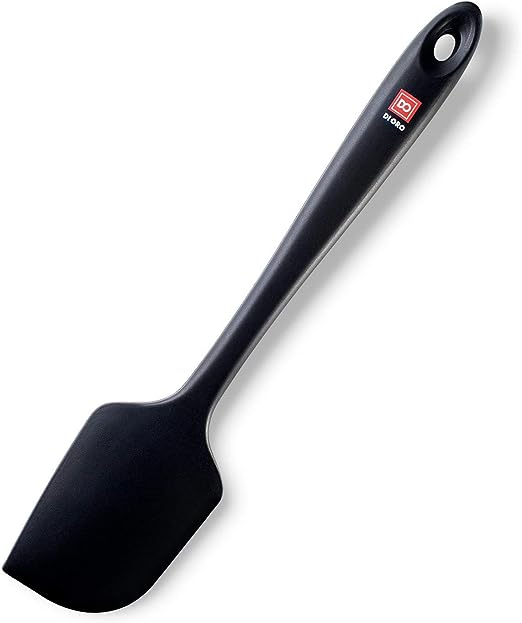 Sure, they’re similar, but they ain’t the same things. They serve drastically different purposes in the kitchen. If I want to flip my hamburger and I get that flimsy flat thing, the poor burger ain’t getting flipped. At best I can spread a little mustard on it.

My wife refers to my spatula as a flipper or a turner. I suppose I understand that. But her form of a spatula could just as easily be called a spreader. I mean, what the fuck is a spatula, anyway?

So I’ve spent most of my adult life living in this weird spatula world. For a long time, I didn’t notice the discrepancy. It’s not like we cooked a lot in college. I might’ve heard people say they did odd things with spatulas, but I ignored it. Could I use my form of a spatula to spread frosting on a cake? I guess so, if i were in a bind. And if I got any odd looks when I talked about flipping something over with my spatula, I didn’t notice. Maybe they thought I wanted those eggs to be over hard, anyway. Or under hard. Is that a thing? Why can’t I have under hard eggs?

By the way, the Great Californian Spatula Split clearly isn’t just a golden state thing. You see those pictures I posted above? Of a flipper spatula and a spreader spatula? You know how I got those? I ran a Google image search for “spatula” and those were the first two responses I got. Evidently both of them can be spatulas? Which, in reality means that neither of them are spatulas. There’s no such thing as a spatula! Did I just blow your mind?

This doesn’t happen with other utensils, does it? If I Google knife, I might see different styles of knives, but they all do basically the same thing. In the same manner, even. I’m not going to get a picture of scissors with a shrug of, meh, they both cut.

But after years of incomprehensive looks, and after Wife refused to cowtow to my spatula definition, I finally convinced myself that a spreader is a spatula and I was just wrong before. Like Stockholm Syndrome or Big Brother teaching me that 2 + 2 = 5, I’d learned to ask for a spatula when I wanted to spread things. Otherwise I’d ask for the turner while thinking in the back of my head that it’s a fucking spatula! But I never said it aloud, and like any totalitarian regime will tell you, once you stop saying it out loud, you’ll start to doubt the veracity of your own thoughts.

But recently the wool was removed from my eyes. Two people were talking about spatulas in different regards. They didn’t understand each other. One person shrugged and said they’d always thought of spatulas as the things that flip something over.

“Oh my God,” I said. “Thank you! That’s what I always thought was a spatula, but NOBODY backs me up on that!”

Others looked at us like we were cray. Whatever. I’d seen the outside of Plato’s cave. Sorry, Robespierre, but I remember what Sunday was. And two plus two is four!

The naysayers were still saying nay, that is not what you do with a spatula. Spatulas are flat and flippers are bent, and never the twain shall meet.

But the floodgates were open on the shitshow sieve that is my brain. Because now that I’d had someone remind me that Nelson Mandela was alive the whole time, I’m remembering other references to spatulas. A movie that documented the rightful and truthful definition of a spatula. All I have to do is whip it out to pown all of the spatula deniers. And I shall strike down upon thee with great vengeance and furious anger those who attempt to poison and destroy…

Sorry, wrong movie. I’m not going to debate whether or not Big Kahuna makes a tasty burger. What’s more important is that said tasty burger was turned over by a fucking spatula.

Five years before “Pulp Fiction” came another instant classic from a legendary writer and producer. I’m talking, of course, about Weird Al Yankovic and his seminal masterpiece, UHF.

If you’ve forgotten the intricate plot of this Lawrence of Arabia-esque epic, Weird Al played a guy who inherited a TV station. He filled the airwaves with various spoof shows. Or maybe he filled it with shitty shows but dreamed about spoof shows? Not sure. It wasn’t much on plot. But it is where Michael Richards got his start. A few years before Seinfeld and much longer before calling out ethnic minorities in his audience. And there was an Asian dude who turned “Wheel of Fortune” into “Wheel of Fish.”

Like I said, a little short on plot. Surprising for a guy who normally only needs to fill three to five minutes of satire at a time. But the spoofy parts were really funny. At least when I was fourteen.

But one of his spoofs was a commercial for a spatula store. “Spatula City: We sell spatulas, and that’s all!”

You see that? Every spatula looks the way I always thought spatulas were supposed to look. Evidence that I’m not crazy!

Suck it, NorCal. You’ve been wrong all along. I now have evidence that I’m not crazy! Google should probably just get rid of half of its images searches. Once Al Yancovic has spoken, there’s really no reason to get into particulars. After all, if a worldly figure and diplomat, an honored cultural statesman like the esteemed Weird Al can properly identify what a spatula is, then why is there even a debate?

Wait a second, where did Weird Al grow up? Downey, California? Why, that’s only thirty miles away from where I grew up. Meaning… meaning…

Dammit, social media language police! You got me again!